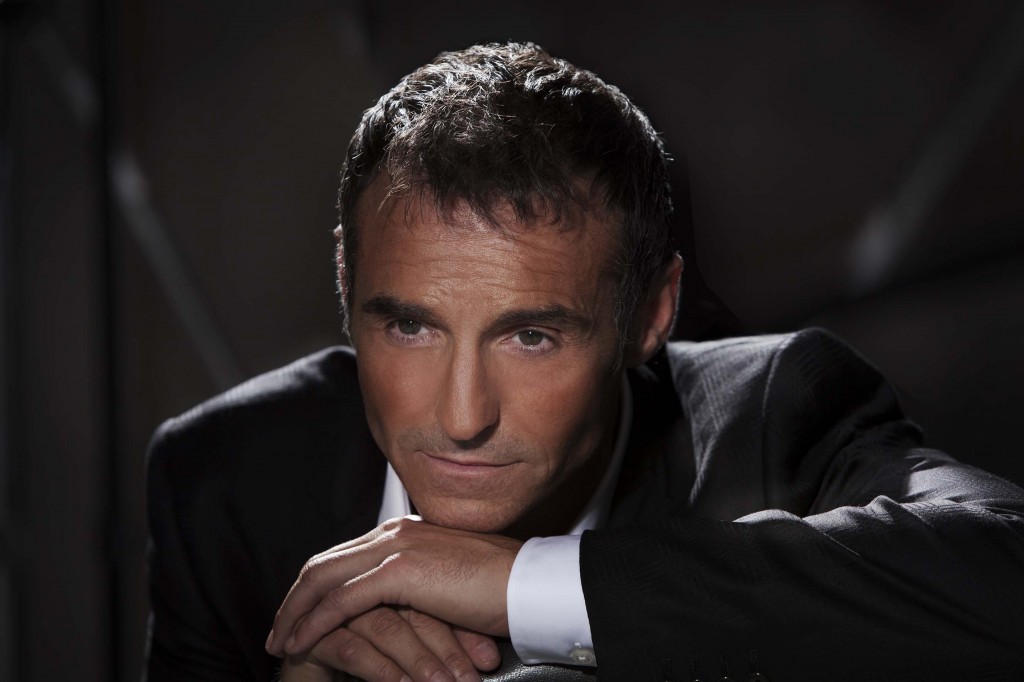 But in a growing stage career, in productions spanning the West End and Broadway, the Brit and Ivor Novello Award winning singer songwriter has exhibited a radical vocal range, so why not take on a radical character?

“I never saw myself going down this route,” Marti says in his rasping Glaswegian brogue. “I’d never have done it in my 20s or 30s. I just wouldn’t have had the discipline.”

The 47-year-old appears in the latest restoration of Tim Rice and Andrew Lloyd Webber’s epic musical, Evita, opening at the New Wimbledon Theatre this month before a national tour.

Although rehearsals are yet to begin, Pellow is fervently preparing for the coveted commandant role.

“I’ve just been getting to know the score. The lyrics are just so incredibly clever. Tim Rice was so young when he wrote it – only 21, which is absolutely amazing.”

Che, Argentine by birth, is a curious role, thought to represent the collective voice of the Latin American poor as opposed to the Marxist revolutionary himself – a narrator and moral agent watching from the wings.

Antonio Banderas starred alongside Madonna in the 1996 film adaptation, while a recent short-lived Broadway revival had Ricky Martin cast in the role.

Playing roles as diverse as Billy Flynn in smash-hit stage musical Chicago, Darryl Van Horne in the sold-out tour of The Witches of Eastwick and the lead in Jekyll & Hyde, Pellow’s theatre credits are comprehensive.

Off stage he co-starred with Josh Groban in the TV and film special Chess in Concert and along side Russell Brand and Miranda Hart in The Abbey.

“In terms of high points, it’s like this – when you find yourself on Broadway, and you think, how did I get here? Living the dream?”

In tandem with his acting, Pellow has enjoyed a hugely successful solo career with platinum selling albums Smile, Moonlight Over Memphis and Love To Love.

“I’m musically all over the place,” admits Marti, almost bashfully. “I grew up surrounded by Celtic music, but I’d taken it for granted for years. Now I’m really exploring that genre.”

His new album, Hope, a collection of songs from musical theatre, was released earlier this year.

“The songs are naked – stripped down so you can appreciate them for what they are lyrically,” he says proudly.

Of course, Pellow’s career began with the dramatic success of Wet Wet Wet, who scored hit singles With A Little Help From My Friends, Love Is All Around and Goodnight Girl.

“To have a music career that spans 30 years, that’s not bad going!” Marti laughs. “It came out of this fusion of punk rock and reggae. The Clash, Joy Division and Marvin Gaye. This eclectic mix of music styles.”

Growing up in Clydebank, 12-year-old Marti hooked up with classmates Tommy Cunningham, Graeme Clark and Neil Mitchell to found the group’s forerunner, Vortex Motion, in 1982. Pellow had begun training as a painter and decorator but it did not ignite his creative juices.

“We were just a few mates, all in the same class, and we’d all go and see gigs together. And someone suggested let’s start a band,” Marti explains. “When we left school we didn’t have jobs. Music was our vocation.”

Wet Wet Wet scored its first record deal in 1985 and hit after hit followed, including Wishing I was Lucky, Sweet Little Mystery and Angel Eyes. Their debut album, Popped In, Souled Out, went on to sell 2.5 million copies.

“It was four people who grew up together. It was the product of our friendship,” says Marti. “I’m very lucky to have made a career out of what I’m passionate about.”

In 1999, Wet Wet Wet officially split after selling 15 million albums and achieving 25 chart hits, including their love it or hate it cover of Love Is All Around, recorded for the soundtrack of Four Weddings and A Funeral (1994).

The revelation of Pellow’s heroin and alcohol abuse stunned fans and critics alike. Suffering an overdose in a Chelsea hotel, following a binge on vodka, librium and methadone, Pellow left the band and checked into The Priory rehabilitation clinic.

With the support of long time girlfriend, Eileen Catterson, he beat his addictions and has been clean since.

“You know, that’s a whole interview in itself. There’s no one sound bite I can give you to sum it up,” Marti says, carefully composing his words. “I know I sound like one of those rehab books, but you know I am proud of kicking it, of getting clean. And I’ve been off it since. It feels like such a long time ago now.”

Wet Wet Wet reunited in 2012 to perform a sold-out gig on Glasgow Green, marking the group’s 25th anniversary and tickets are now on sale for the recently announced Greatest Hits Tour, coming to The O2 on December 11.

Pellow continues to grow, his voice adapting with age, ever redefining his style. The role of Che Guevara is just the next step on Pellow’s own revolutionary road. All in all it has been quite a journey from his humble beginnings in Clydebank.

“I was a terrible painter and decorator,” he chuckles, “so thank God had a plan B!”

A chat with Richard Wilson
Fashion scrum
Tweets by @RobertPEdwards