KAWERGOSK, Kurdistan Region – Zuhur laughs brightly in the little paved yard in front of her breezeblock shelter in Kawergosk Refugee Camp, Erbil province. Although she is Arab by ethnicity, Zuhur insists with an ardent smile she has adopted her late-husband’s Kurdish identity.

Dressed in a black hijab decorated with blue embroidery, Zuhur says her husband died in a regime prison six years ago. Now the Syrian widow and her three sons watch events unfold across the border, unsure whether they can ever return.

“By God, I have no one here except for my children,” says Zuhur.

Her boys are around military age. Remaining in Syria could see them drafted into the regime’s armed forces or the Kurdish People’s Protection Units (YPG), casting them into the line of fire.

“I am afraid because it is not safe for my children to return and there is no security in Damascus. We will all hopefully return but we have to see guarantees that nothing will happen to our children,” Zuhur says.

“I want nothing else in the world.”

Kawergosk camp, established by the Kurdistan Regional Government (KRG) and aid agencies during the mass exodus of 2013, is today home to 7,690 Syrian refugees – the vast majority of them ethnic Kurds from Qamishli, Jazeera, and Hasaka in the country’s northeast.

Damascus has secured a string of victories in recent months over rebel factions and remnants of the Islamic State group (ISIS), leaving opposition held Idlib and the semi-autonomous Kurdish north outside regime control.

Now Damascus and its Russian backers say Syria is secure and is urging the return of refugees who sought sanctuary in neighboring Turkey, Lebanon, Jordan, and Iraq following the outbreak of war.

However, the UN warns Syria is not yet secure and has urged host nations not to force refugees back over the border. This has not stopped Lebanon from rolling out a scheme of voluntary returns. 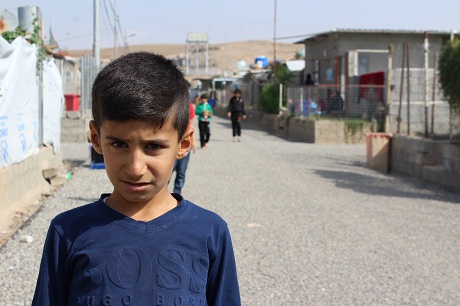 The majority of Syrians who fled east to Iraq – 251,793 of them as of October 2018, according to UNHCR figures – have wound up in camps and communities across the Kurdistan Region.

No such returns policy has been set in motion here, but dwindling international aid, neglect by Baghdad, and a lack of jobs in the Region is creating incentives to leave.

“When we came here, Kurdistan opened its doors for us and we have been staying here under security,” says Zuhur.

“We all hope that the war will end and everyone will return to their homeland, relatives, house and family. I do not like this civil war.”

Gulistan, who lives with her mother, father, and younger brother Hamoodi in Kawergosk camp, has speech and mobility issues caused by microcephaly, when the brain does not develop fully. 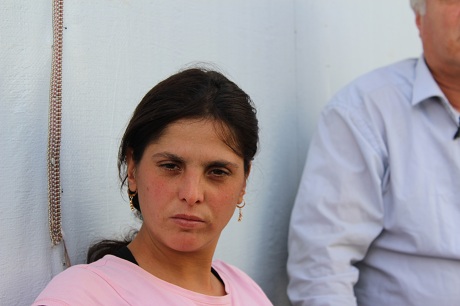 Gulistan Mahmoud has mental disabilities. The family lost their home in Hasaka. She feels much safer in Kawergosk. Photo: Robert Edwards / Rudaw

One of her brothers was killed, the family says, when their home in Hasaka was destroyed in a 2016 bombardment. Another brother is in Europe trying to secure residency.

Helped by her father Mahmoud, Gulistan says life is far better for her in Kawergosk than in Syria “where there was fear”. Here she is able to receive the regular injections and painkillers she needs.

“The situation will stay difficult as long as Bashar [Assad] and other groups stay in power,” says Mahmoud, sitting with his daughter on a row of cushions in the family’s narrow yard, fenced off for privacy.

“Why is there fighting? People are afraid. Personally, I believe it is difficult for me [to return]. There is no house and I have lost my job. If I return, I have to start from scratch,” he says.

Like other families here, Mahmoud fears his 15-year-old son Hamoodi will be drafted if they return to Syria.

Mohammed Atta Mohammad heads Kawergosk’s 12-member camp council – a refugee-led committee which rules on camp issues. He and his family fled Hasaka in 2013, arriving when the camp was just a row of canvas tents.

“I used to work in Damascus. When Syria’s issues and revolution began, I returned to my hometown, Derik, in Hasaka,” Mohammed says, his infant daughter watching quietly from a red plastic lawn chair. 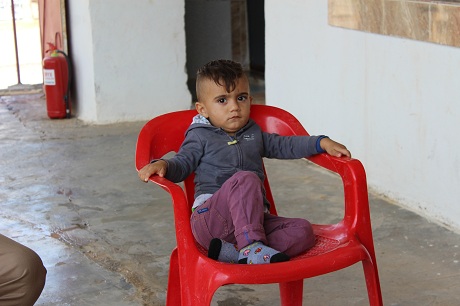 “We stayed there for about two years. We stayed in our country during the events and protests and we did not leave. When explosions and abductions occurred and a number of radical groups emerged, we had no option but flee,” he explains.

Now as the regime reestablishes control and constitutional talks approach, could Mohammed’s six years in exile finally be over?

“The sort of safety we want is currently not found. No place in safe in Syria. There is still fighting ongoing in areas like Afrin, Kobani and Damascus. The Syrian crisis continues. We see that one day the opposition prevails and the other day the regime prevails. The desired security is not there.

“However, we are living in peace and security in the Kurdistan Region and we will not take the risk [of returning home],” he insists.

Mohammed does not rule out the possibility, however – as long as the regime and the international community can guarantee refugees’ safety.

“Their return depends on the presence of an international guarantee, aid and reconstruction plus security – guarantees which assure refugees they will not be killed or arrested or their children will not be taken away from them [for military service],” he says.

“Most of the refugees want to return to their soil. We have not seen any pressure from any authority to return.”

“No matter how much we enjoy being here, our homeland is still better to live in and this is our dream and aspiration.”

“No place is like your birthplace and everyone wants to return to their birthplace.” 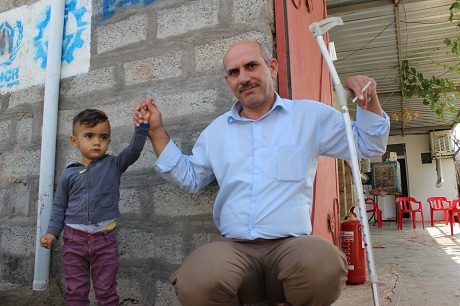 Like the Palestinian camps established in 1948, swallowed up over the years by sprawling Middle Eastern cities, Syrian camps in the Kurdistan Region are taking on an air of permanence.

New blocks of concrete shelters with plumbing, paved roads with drainage channels, and daily garbage collections managed by UNHCR partners give the impression Kawergosk camp will sooner or later be absorbed by the neighboring town of the same name.

“I do not think that these people will permanently stay here, except for a very small number,” says Nizar Salih Hamo of the Barzani Charity Foundation (BCF) who manages the camp.

“Two-hundred-and-fifty new shelters, consisting of a toilet, bathroom, kitchen, have been built for those people who have been living in tents for years,” he says. “Some people have been waiting for these shelters for three years.”

“This is not to make people stay permanently,” he cautions.

New ‘improved shelters’ are under construction in Kawergosk giving the camp an air of permanence. Photo: Robert Edwards / Rudaw

“A considerable number of the refugees will immediately return to Syria if they are forced to serve military service by the YPG and Assad.”

“Another portion of them have already been called for military service, so they will be arrested by Assad if returned. Some others have political issues – issues between Kurdish parties.”

“As far as I know, a large number of refugees want to return to their country,” he adds.

A recurring fear among refugees is the uncertainty surrounding regime and Turkish ambitions in northern Syria.

If US forces withdraw from their base of anti-ISIS operations in Manbij, its Syrian Democratic Forces (SDF) allies could be left fending for themselves. Recep Tayyip Erdogan, the Turkish president, has repeatedly threatened to send his forces east from Afrin and Jazeera to neutralize his Kurdish opponents.

Meanwhile to the south, Assad has threatened to reconquer the northern provinces, appearing to rule out any measure of autonomy or independence for the Kurdish-led Northern Federation. 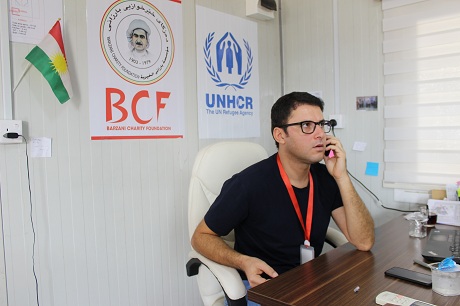 Half of Syria’s pre-war population has been displaced, contributing to the biggest refugee crisis since the Second World War. But as realities on the ground in Syria change, and humanitarian donors withdraw support, return will increasingly look like the least-worst option for many.

“Another reason behind people’s will to return is that, as per international laws, when refugees’ conditions shift from emergency to stability, funds decrease,” Nizar says.

“For example there has been a decline in the amount of rations distributed to people. This is another reason pushing people to return.”

Ancient lost city of Mardaman slowly gives up its secrets
Davos 2019: Was it all doom and gloom?
Tweets by @RobertPEdwards